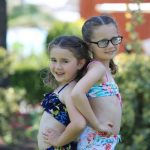 So the suitcase had proceeded to clearance, does that mean it will be here today asks Liz?  Unlikely as it is still in Istanbul lol, so at regular intervals the tracking was checked but no change.  The girls finally decided to try kids club, which was pretty good.  It includes a train, bumper cars, a carousel and water slide as well as craft, and pizza making.  This would come in handy. The evening entertainment was as a rule very good with dance acts, magicians and even bicycle stunts. 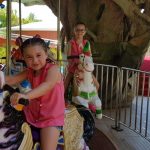 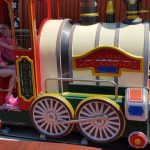 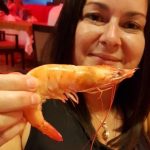 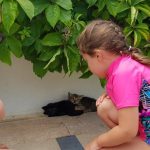 Tracking status – still proceeding to clearance.  You guessed it breakfast followed by guest relations.  By now we didn’t need to ask, DHL Turkey was on speed dial.  Now remember my peg food, well the paperwork for that was buried on someone’s desk, only because we were there did they deal with it.  So it’s now Tuesday and they tell us it will be 2 days till it was released.  Now Thelma and I had started laughing about all of this because otherwise you would cry.  Especially as the night before Liz had washed her underwear and placed it on the balcony railings. She then says what if it blows away?  Well basically I laughed rather a lot as given our luck they quite possibly might.

So as the case would be at least 3 more days, I made an executive decision and that was to play chicken and fry till you die again only I didn’t have a full battery this time.  So this time we put the girls in kids club and took Thelma too hopefully to gee Liz’s clothes buying up, before we set off we asked our new friends at guest relations for some cheap shops and so we were set.  It was still as dangerous however not quite as hot.  We found the first shop, looked around and went to find the other, at this point I noticed there were no green bars left on my chair, as some of you may know these indicators lie, the lower they get the quicker they go down and the slower the chair goes, in other words a slow painful death and more chance of fry till you die winning.  So after notifying everyone of this we asked for directions.  This ended up with us down a back alley but it lead us back to the main road and surprisingly to the shop.  We spent an hour in there, well I spent an hour under the air conditioning unit and had a well earned kip, and meanwhile Thelma kept me updated with a progress report. Knickers had been found so no worries about them blowing away, dresses and another bikini were chosen and finally flip flops, classy ones.  A grand total of £69, I know it would have been easier to do that in the first place and sack the case of altogether.  The return journey was OK heat wise but those red bars were dropping off, as we entered the hotel gates it hit 2 flashing red lights, aka imminent death, I crawled up the drive and right into the bar for a coke, don’t like to drink and drive. 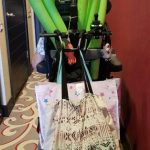 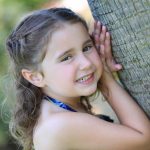 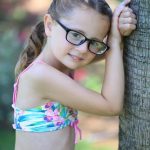 As there was no suitcase update only the worry we might not get it before we went home. A complete day by the pool was in order, sounds good but bored me some what.  Main issue was I couldn’t just hop in the pool; we had a military style operation to get me in as the video shows.  So that night we had a nice surprise, Olga the girl who ran the kids club at the hotel we stayed at last year had seen we were there from facebook, came to our hotel to see us, it was great to see her and the girls loved it. Everyone loved the magic show, people getting sawn in half etc.  Then yet again the room card refused to work for the hundredth time, so another lift ride to get it reprogrammed.

Suitcase tracking - Delivery arranged no details expected, normally I think to let it be and await delivery, however given our luck we thought we better check.  So breakfast and guest relations, déjà vu.  Oh but what is this, we don’t deliver there so they have passed the suitcase to a Turkish courier. So we obtained their details and called them, shock horror, we have no idea on its whereabouts.  Now this is bad enough but then we find out that if they find it, it will be 2 working days for delivery.  Now I’m no Carol Vordeman but its Friday and that would mean Monday at the earliest and we go home tomorrow, Saturday. So when will you look for it? Please ring back about 2pm. so between now and then the conversation was generally what if we don’t get it, I felt like driving my chair into the pool, the very thought of trying to get the case back to England was unthinkable.  2pm came and guest relations made the call, good news we have your case, where is it?  Another city, oh joy.  OK so can we collect it?  Yes but the receiver must come with id. So we arranged a taxi and Liz had to go on her own, we needed cash for the taxi so it was down to the cash point at the entrance to the hotel.  Simples you think but it only has Turkish language installed., we needed lira but it didn’t state this and I couldn’t see the screen as it had a foot high kerb, Thelma translated, euro or and I quote “I think it is Turkey money” we opted for Turkey money and got lira, well that was a relief as we hadn’t a clue. Off Liz went armed with her passport and 1 hour later and £35 lighter she returned with her case. 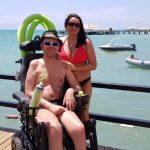 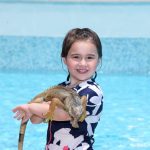 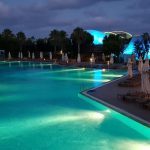 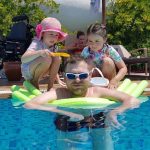 Well no tracking to check, very happy wife who is determined to make up for no clothes by trying to wear them all in one day, what could go wrong! So breakfast and packing, followed by down to the pool, all very civilised.  I even managed a dip.  Taxi was booked for 7: 25pm, we told Liz 7pm and well I’ll go to the foot of our stairs, 6:50 we are in the lobby ready. Taxi was bang on time, now this taxi had the strangest ramp I have ever seen, please watch the video and note the health and safety.

Once at the airport it started to show cracks in the planning.  No assistance despite it being booked and we even confirmed this with our rep at the hotel.  Anyhow we eventually found a rep who could sort it, whilst avoiding the masses of people running for the checking desk as they called it.  We got rid of our suitcases, one more than we came with lol.  The assistance man liked shouting something to the effect of “get out the way, handicapped coming through” to be fair to the guy he got us through customs and to the departure lounge rather fast. There was security to go through to get into the lounge but to my amusement Thelma got selected for a more though search.  We waited and amused ourselves with people watching, bringing back memories of Peter Kay because there was an actual track suit family, complete with about 6 kids.  So it was around 45 minutes late due to having to change plane, reassuring.  Normally wheelchair and disabled people are on first, I used to think why, like they were better in some way.  Now I know it’s to make it easier and keeps your dignity, this went out the window as we went on the ambulift, which had no rails which didn’t bother me but didn’t impress the girls.  Then rather than take me in the front door where we were to be sat they took me in the middle door and dragged me down the plane.  All aboard?  Nope the guy sat next to us in the window seat said to Liz is that your husbands wheelchair?  Liz looked to find them trying to man handle it on the plane badly.  The stewardesses phone rings, I shit you not it’s for Liz, they want to know how to disable the controller, rewind to the ambulift, Liz physically showed them how to do this, remove the one and only wire from the joystick controller.  So after trying to explain this over the phone we appeared to have success, it delayed take off by another hour.  So we had a night flight so there's me thinking I'd get some kip, I aren’t one to moan about pain but the seat was particularly uncomfortable, probably due to the age of the aircraft.  I had no effective pain relief as I left my tramadol at home on purpose, given recent news.  It was bad enough to be sat there the 4 hours without another 1 3/4 hour being added on.  So no sleep for me lol.

Manchester was in site, I have never been so happy to see Manchester lol.  Everyone disembarked as normal, except for us, the gentleman next to us on getting up said you might want to see this, two  men were attempting to carry the wheelchair, it weighs 95kg not impossible but rather stupid and almost definitely against health and safety.  Well Liz got to the window in time to see them drop it, oh and it bounced.  So as it was now on the tarmac it shouldn’t be long.  Now it wouldn’t move, they manhandled it to the air bridge, oh this had to be moved as it was on the middle door and the head stewardess said this was stupid, can’t move it till the plane next to us had moved, no one is allowed on the tarmac while the plane next door is moving, fair enough.  Air bridge in place let’s go, err no, it wouldn’t turn on, turns out someone has unplugged just about every wire they could find, approximately 15.  So Thelma kept giving me updates while Liz went on one with the Swiss port duty manager who didn’t seem to quite get the problem, push it she said.  Meanwhile poppy and the captain set about fixing the wiring issue, Poppy found the unplugged wires and Captain John managed to reunite them with their home. During this time to say I was annoyed was a tad of an understatement, a further 2 hours in that seat.  In all I was 7 hours 45 minutes on the plane. Finally we were of the plane with great thanks to the flight crew, customs was ok however as we were 2 hours late where were our cases. Luckily we had our assistance gadgy who managed to get them put on the carousel all on there own.  Whilst Liz was talking to Mrs Swiss port, she had said someone would meet us at baggage reclaim to discuss the wheelchair, gadgy gets a phone call, no one will meet them and we have to go through the website.

Next we had to get the mystery machine , meet and greet luckily still had it in their loading bay, so we loaded up and home James.  We arrived home at 7.15am, only been up 26 hours, Just another day in our lives.

The damage to the wheelchair was fixed at a cost of £579.78  which Swiss port are being billed for, this includes a new motor as they cracked the casing on one of them. DHL partly refund the suitcase money and it is still on going with TUI.

Would we do it again?  Yes because no matter what making memories is priceless