Well an update is long overdue, and maybe some inside information on my challenges that the media don’t want to say.  Well since my last blog post the weather has changed a little, enough to make me shiver all the time unless I wear ten layers and reassemble the Michelin man.

I have mainly been busy promoting our 2 challenges, of which one was successful completed on Monday 1st October, now caving is not something I have never tried and to be honest it wasn’t on my bucket list. So how did it come about?  Well as some of you may know we were invited to the Bendrigg trust by the Masonic charitable foundation to try the new accommodation they had contributed to, well while we were there Liz and Bendrigg hatched a plan to abseil into Gaping Gyl pot hole but that didn’t work out, So Liz being Liz didn’t give up and persuaded them to find an alternative, then they came up with a first and how could I say no to that.

Now when someone says we will lower you through a ”squeeze” you can abseil about 90 ft and we will swing you 15-20 m, that sounds fun, oh boy reality is far from different.  Now before we begin, hindsight is a wonderful thing.  Now I have completed the challenge I am so glad I did, it was an experience and it has benefits like you could not imagine.  The staff at Bendrigg and the members of the red rose caving club were amazing, for their knowledge and at times humour, Steve and Ray are a comedy caving duo. Dave your organisation was perfect.  I can’t name everyone but thank you for your time and skills. 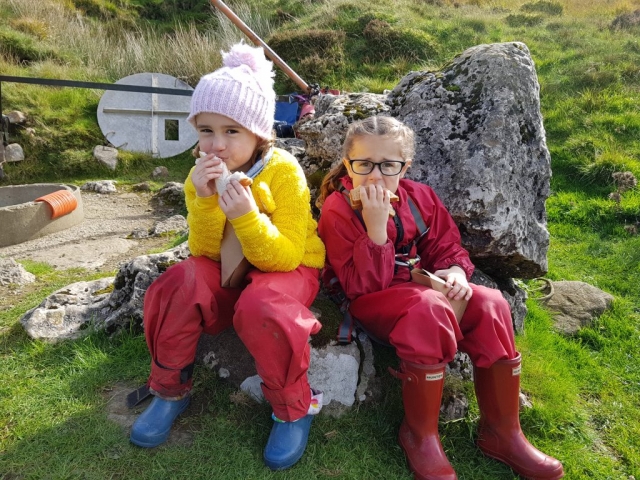 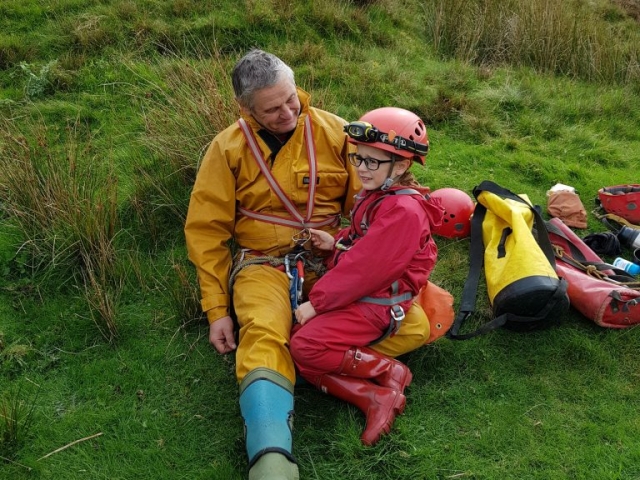 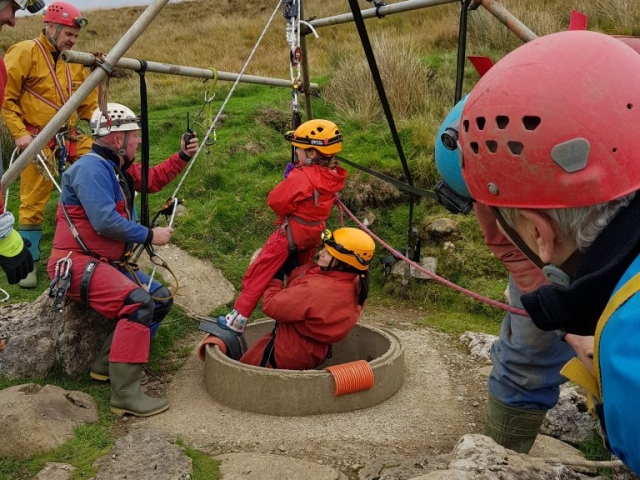 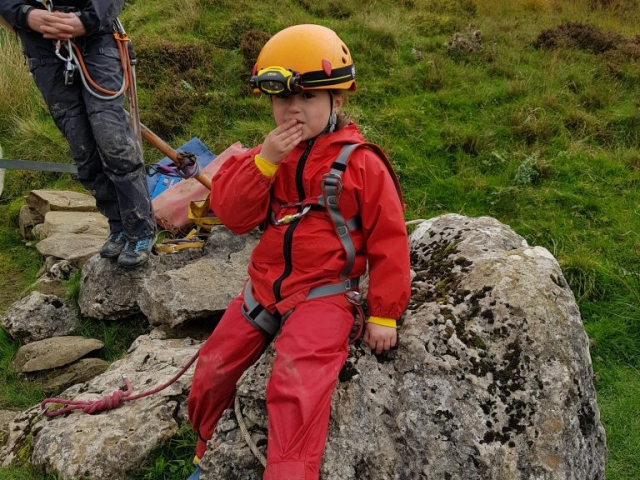 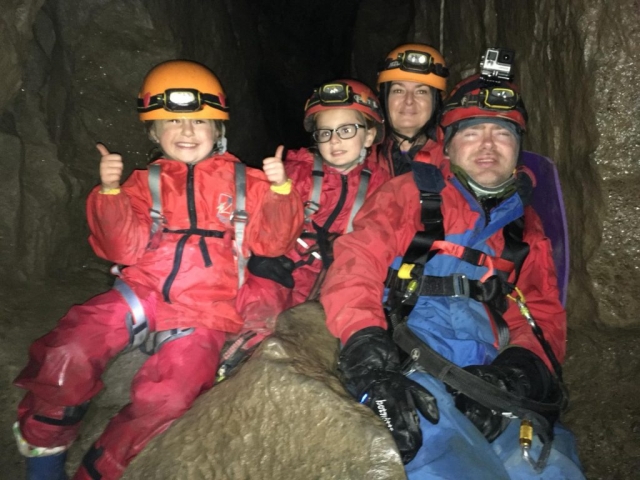 Now the first minute probably had me concerned the most as it affected the whole journey, lowering into the squeeze, it is just that, it was like a Cork into a bottle, but what was the worst part is when I am laid in bed we say I can’t move and I can’t really but in the squeeze I couldn’t move at all and it struck me then how much more I have to learn about MND. My face was against the rocks and Dave nearly pulled my wellie off trying to pull me down. Once through the squeeze I had hoped for more luck with the abseil but due to the weight of all the rope it wasn’t possible for me to descend on my own so that was not what I had hoped for.  Once at the bottom my thoughts were turned towards getting out however I did get to see Lilly come down which was fantastic as was being at the bottom with my family. Going up was easy, well not for Steve and the crew, they earned a beer or two pulling me out, however we still had the squeeze, low and behold I got stuck on my shoulders this time and poor Dave had to free me again, but there was a sense of relief to be above  ground again.

So from all that how did I enjoy it?  I have loved reflecting on the day for many reasons, mainly for the fact I have achieved another first.  Again it shows nothing is insurmountable with the right help. Weirdly enough it has taught me to be thankful for the little movement I have.

Health wise, in general I am deteriorating slowly but still on top of the world despite having two life limiting illnesses and investigation into something else.

Meanwhile my focus is on the world record attempt which is turning out to be down to the wire with testing been done on Friday and the record attempt on the Tuesday, nothing like a good old battle with the clock and technology. My spirits are high and I can’t wait to get in the monster. 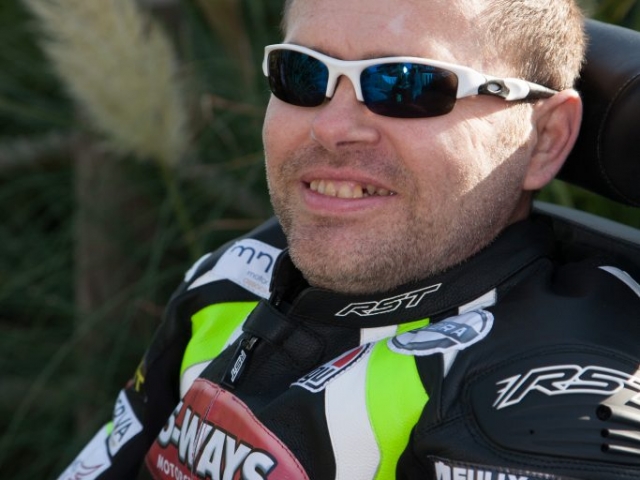 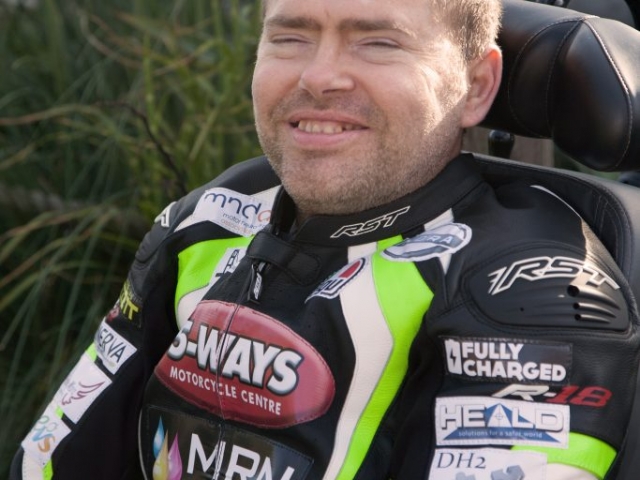