How amazing people can be.

So as it is MND awareness month, which I have not seen advertised much, begs the question has it been forgotten?

Anyway I could sit here with a load of advice that is no use to anyone as they live under a different NHS trust or their thoughts on MND are very different, hence I don’t bother anymore.

So this post is all about one person, not me, not my amazing wife or children, not even my carers that do an amazing job of keeping our lives as normal as it can be.  it’s about a person who I met after diagnosis, most people with MND don’t gain friends but let’s say their friends fade away in to the abyss of life , you know, I have been busy at work or just can’t squeeze anything else in.  On that point I don’t feel bad about that anymore but the chances are they will when I am 6 ft under.  On with the blog, so I met this person through a MND local legend, this local hero was behind https://l6velife.co.uk/ I had the privilege of meeting him several times, what I do know of him was his passion for rugby, here lies the link. Lee Newton was raising money for his charity by various means, at this stage I would like to emphasise that his charity have donated a sizable amount to http://sitran.org/ certainly if you have not heard of them and are linked to MND you should check them  out, they do a great open day. This particular fund raising event was to have 500 names on a L6ve life rugby shirt. Which we participated in by having our four names on, we even took them to Tunisia for a picture.  It is the man that was doing this particular fund raising event that I met and has been in our lives ever since, unfortunately Lee passed away some time ago and Liz and I went to his funeral, it was my first in relation to MND and was rather hard. By now he will have worked out this is about him, Alan. 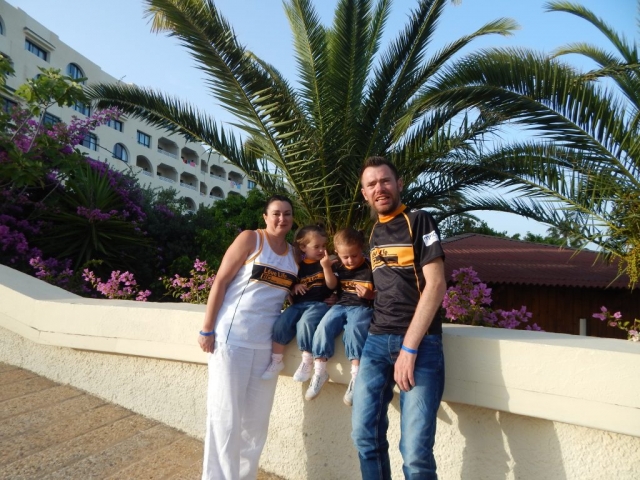 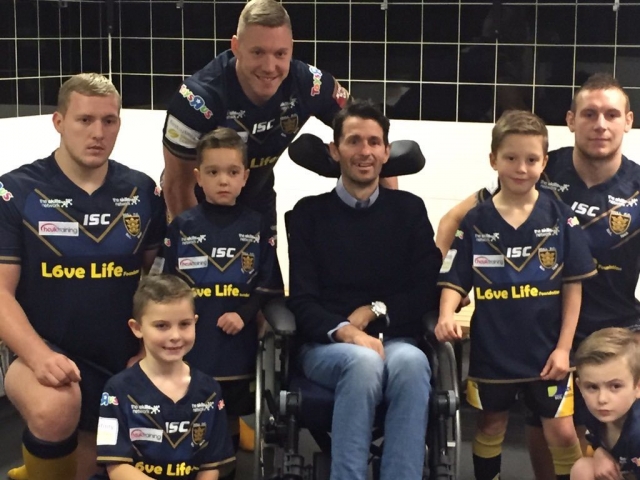 He was clearly devastated by Lee’s passing and he was a big family friend, some time after Alan popped round, I was little surprised but he asked if he could help in the garden.  The relationship went from there; Alan came round time to time cutting the grass and gardening in general. It was quite good because by this time I was now unemployed and it was nice to have some male company and especially one with a great sense of humour. Over the following months we got to know Alan and much to my gain he was an engineer by trade. So if you know me if I want something even if it doesn’t exist, it will, so Alan has made all manor of things for me. These things comprise of such items as a wheelchair tray, brought on by wheelchair services being hopeless, a steel shed to house my all terrain wheelchair and the girls quad bike, various and numerous brackets for go pro’s, changing chairs on my all terrain wheelchair because my needs are continually changing and each seat needs a complicated bracket that has to be made.  All this on top of doing all manor of diy jobs, to be honest the list is endless.  Alan refuses money unless for materials, in fact I bought him a bottle of Gin the other day and he said I don’t do it for that.

It’s because of people like Alan that people like me are still here, with a great quality of life, because it is the things people don’t see that make it easier to live with illnesses like this, the banter of conversation and the laughing and joking that picks you up, the excitement of being able to do something because someone made something so it was possible.  Might I take this moment to say Alan has never refused a challenge yet and the biggest one is understanding what I am asking for, because I am shit at explaining what it is I would like without being able to draw it.

So Alan I would like to thank you for everything and giving me the chance to keep doing the stuff I like.  Hope you have a great holiday with your lovely wife. Oh sorry about the picture, it’s the only one I could find. 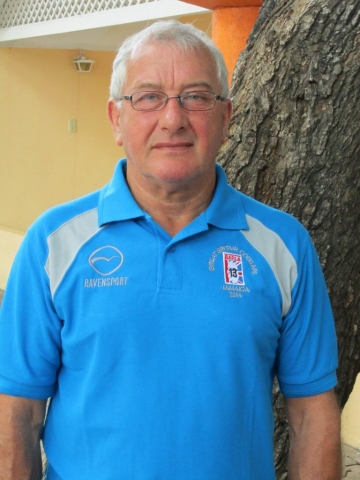 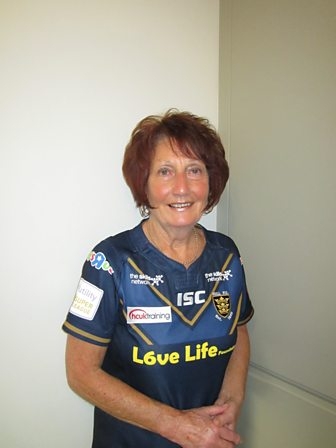